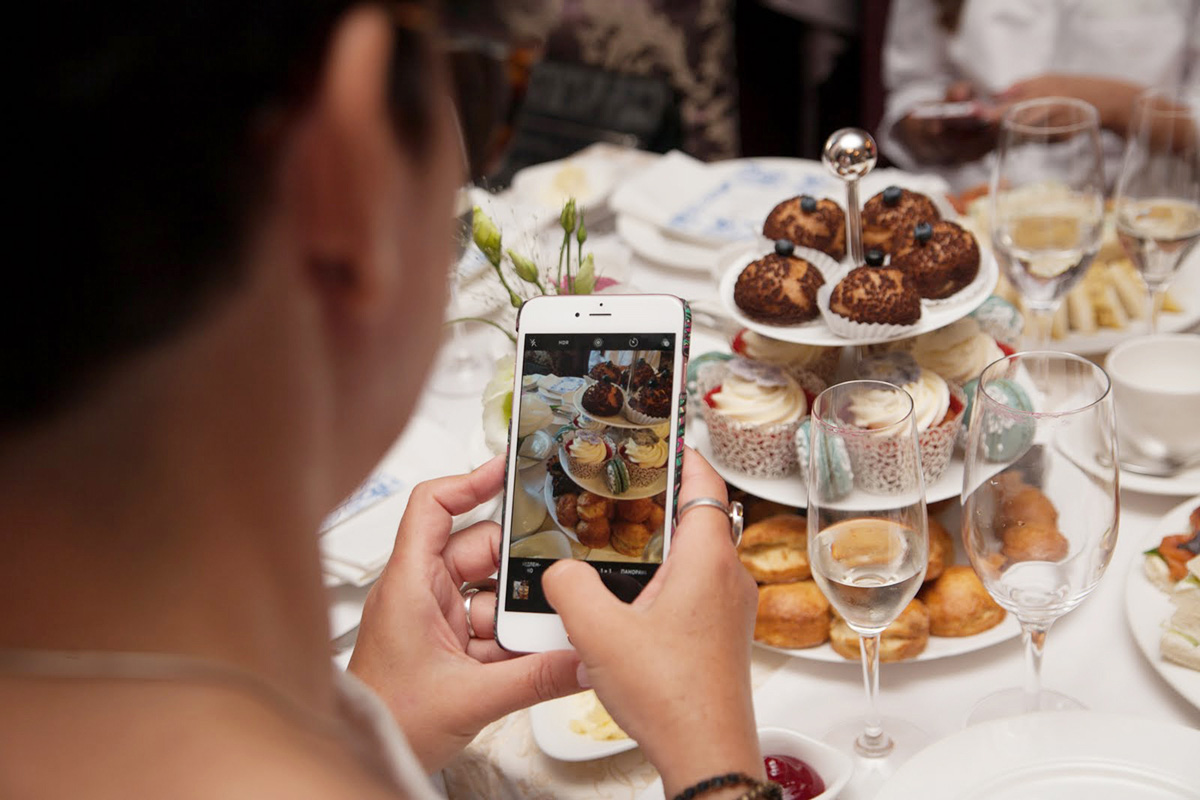 My Odessa is an amazing city: its cuisine is really delicious, but the city always tries to “look into the neighbour’s pan.” She knows her worth, but like no one else can adopt and adapt “someone else’s goods.” In this and, of course, in its sea, sun and humour is the secret of a unique city. I am glad that I have the opportunity to bring something new and interesting to Odessa 😊 Afternoon Tea, a symbol of the British Empire, more than 270 years old tradition, that remains a popular among people of different ages and, of course, tourists. After living in England for several years, I travelled to many places in search of the perfect Afternoon Tea, and, falling in love with this culture. I decided to recreate the atmosphere of the English Tea House in the very heart of Odessa, in the cosy, with a touch of aristocracy, Sophie Café. And how unexpectedly Odessa responded to this! The traditional English hats of Odessa designer Elizabeth Shante, an integral part of tea drinking for more than 260 years – real British Wedgwood porcelain from a boutique store chain “12 Persons”, an exquisite restaurant Sophie Cafe, which we turned for a while into the London Tea Room, and even a special guest – the consul of Greece in Odessa. Together with the chef, I taught the guests how to cook English scones, classic sandwiches, crystallize flowers as they did in the Victorian era. We learned how to observe the etiquette of tea drinking, how to make tea, about the eternal dispute between Cornwall and Devon about what to put first on a scone: jam or clotted cream. We talked about the history of tea, the royal family, interesting places hidden from the eyes of tourists, which are worth visiting on the island. After all, the most interesting things in Britain are not so easily found and are not advertised 😊 Sommelier Konstantin Vidoborenko suggested a wonderful aperitif for the lesson – creamy, refreshing Bandarossa Valdobbiadene Prosecco Superiore Bortolomiol. Prosecco is one of the most popular wines in the UK, and it often accompanies Royal Afternoon Tea. At the end of the lesson, everyone tried on hats, demonstrating how only one detail can change one’s image, posture and even mood. It seems to me that after this meeting our guests can feel comfortable and confident even at the Queen’s Afternoon Tea! 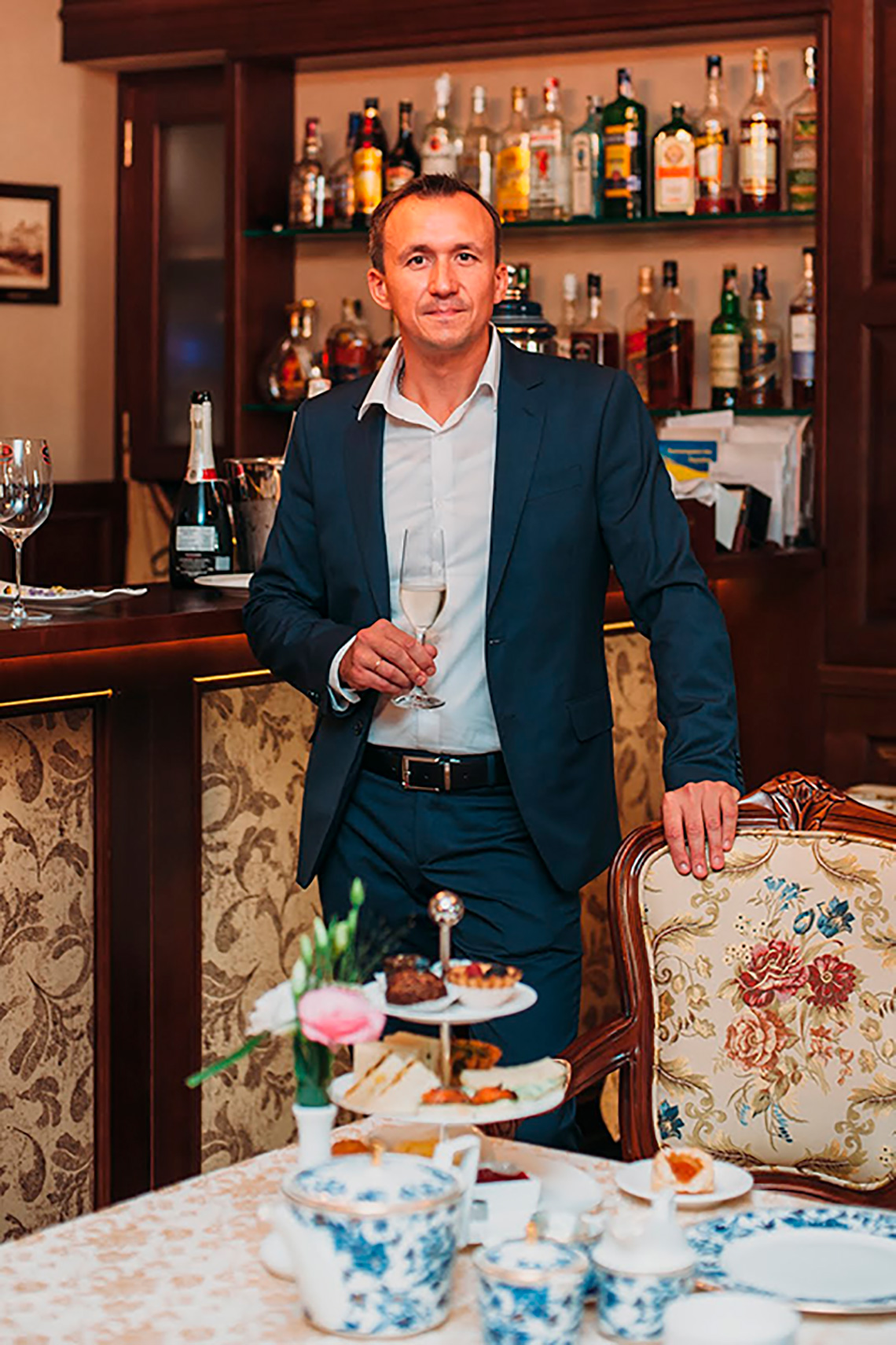 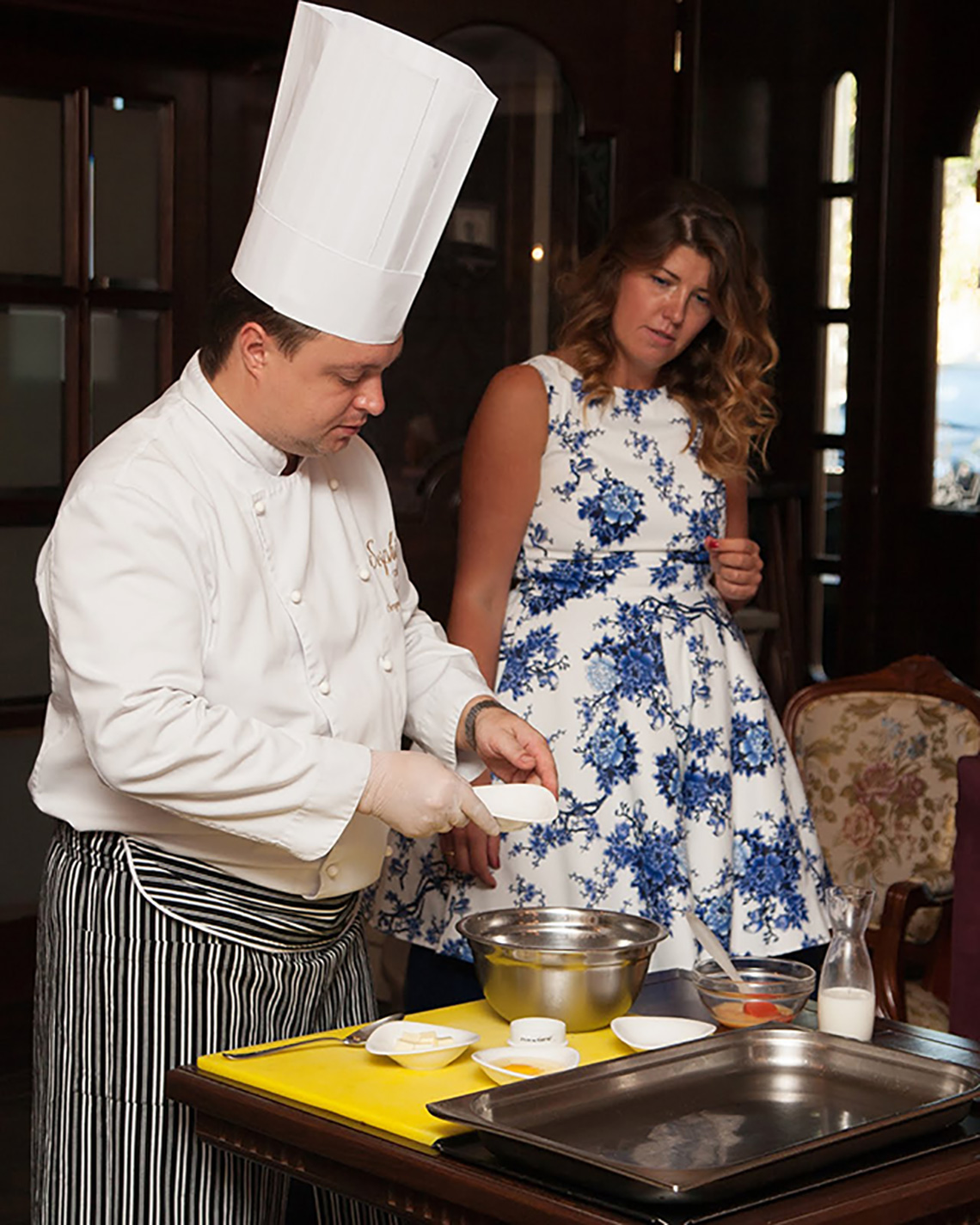 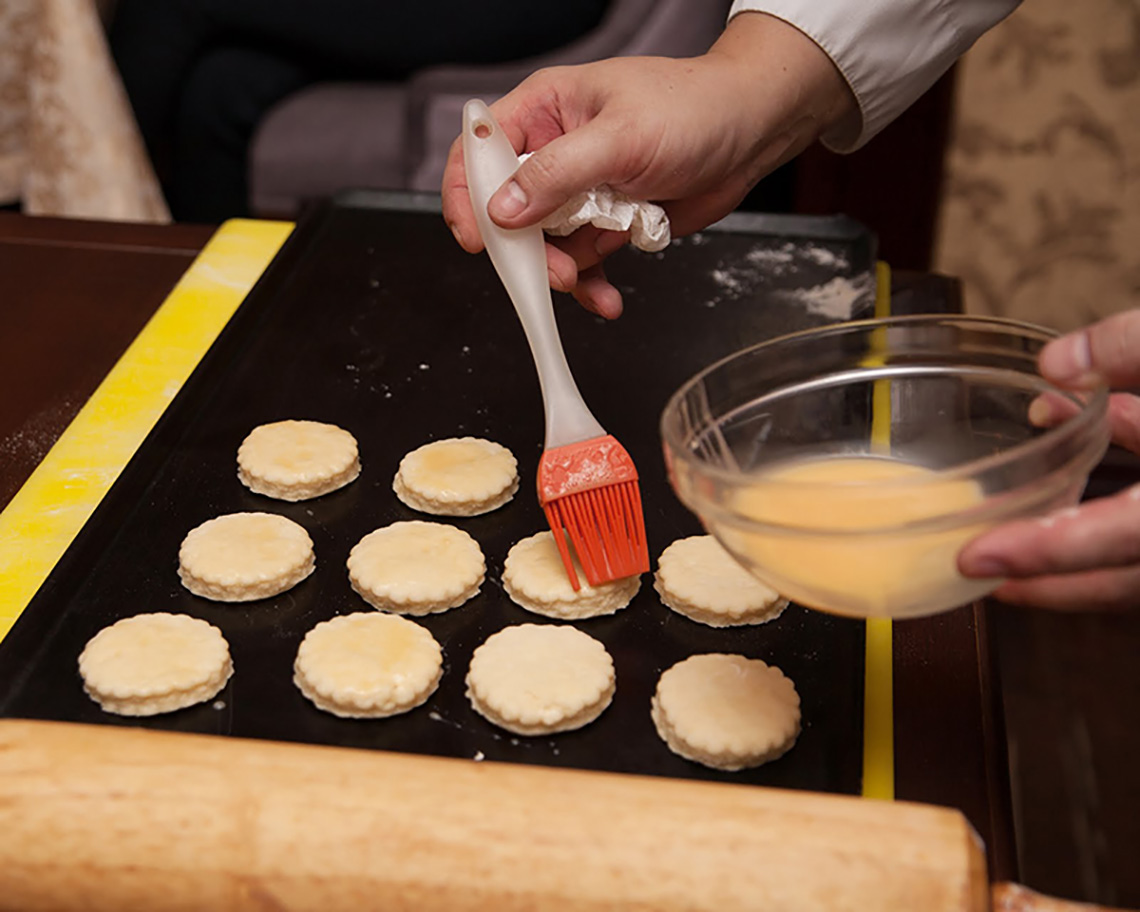 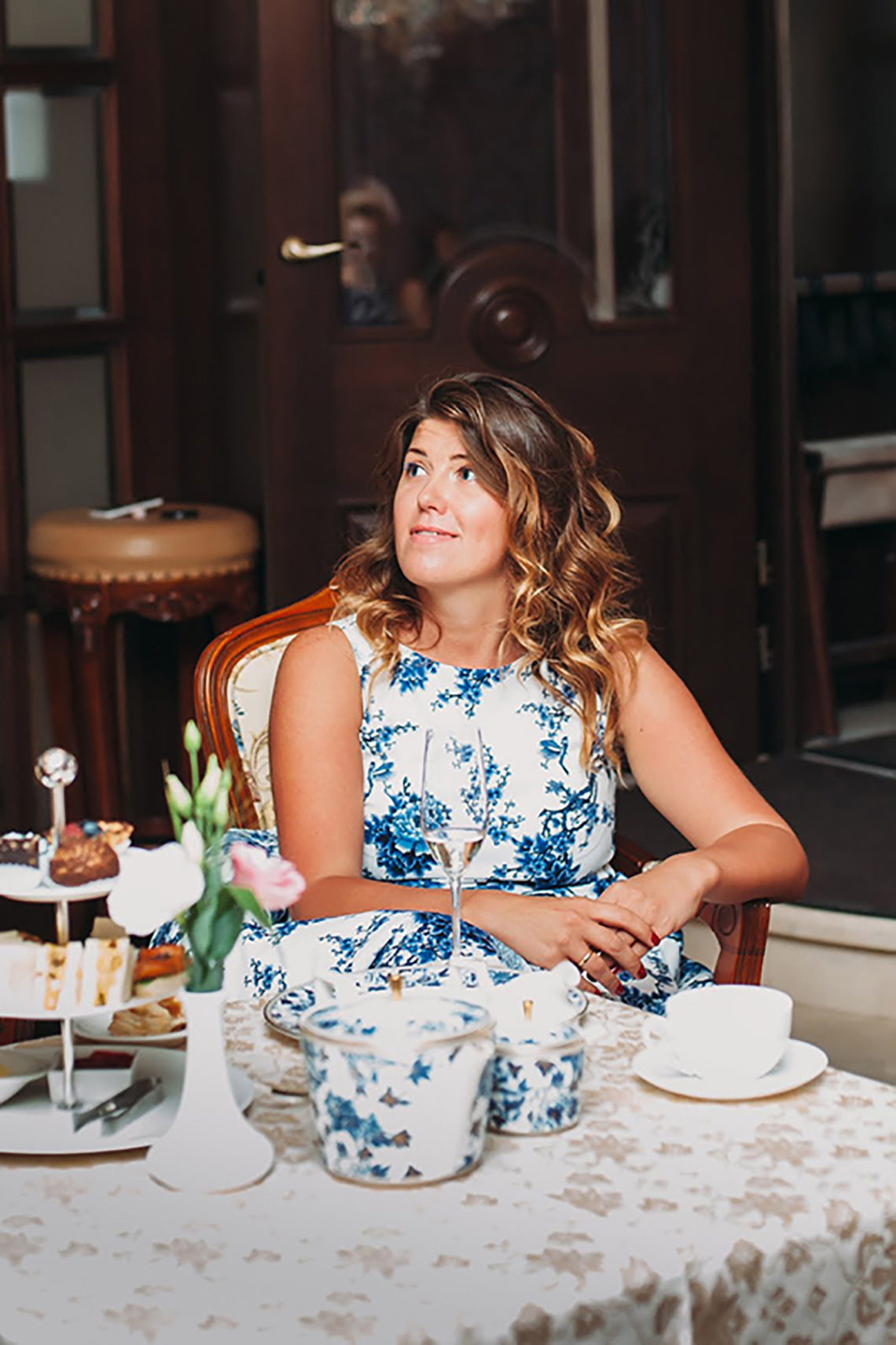 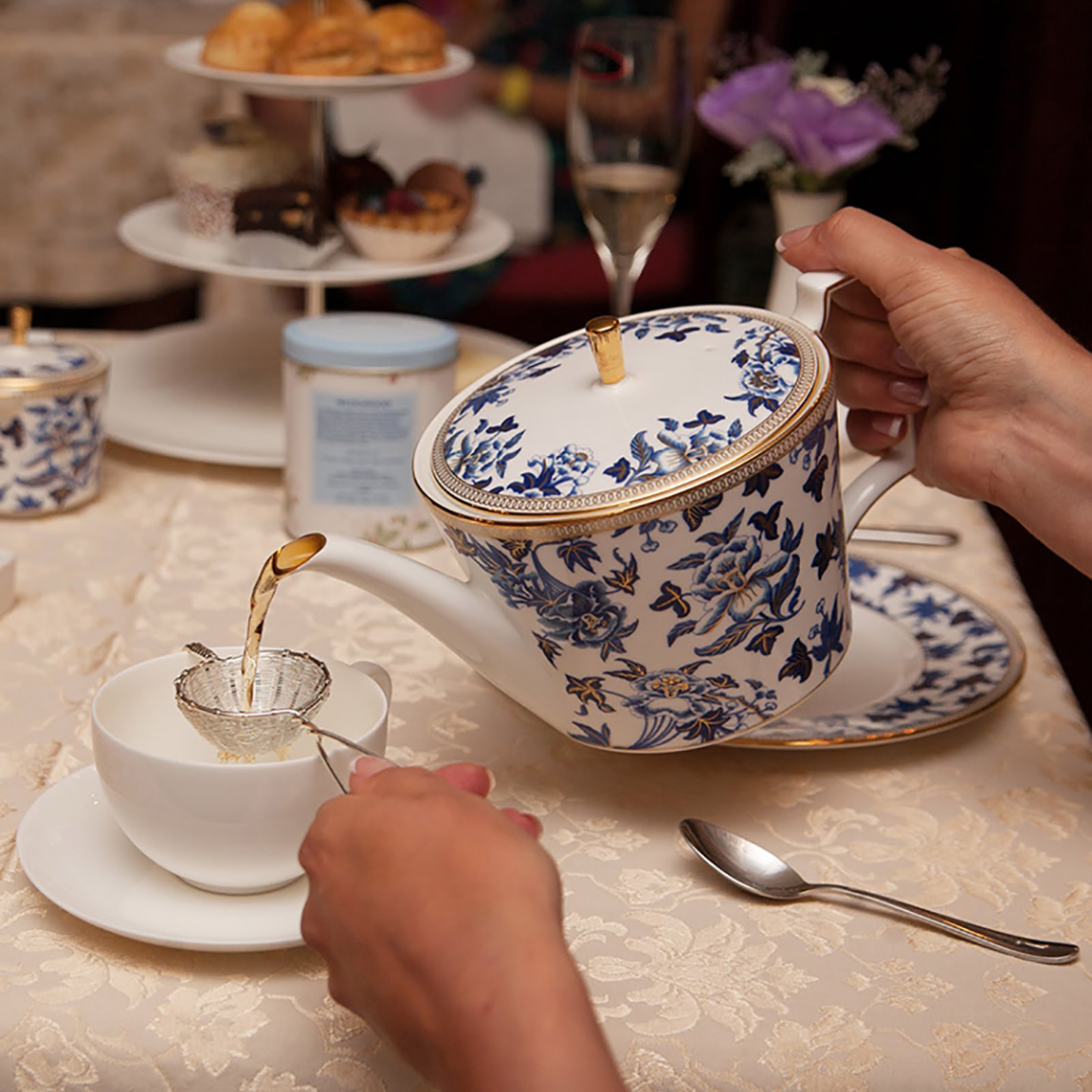 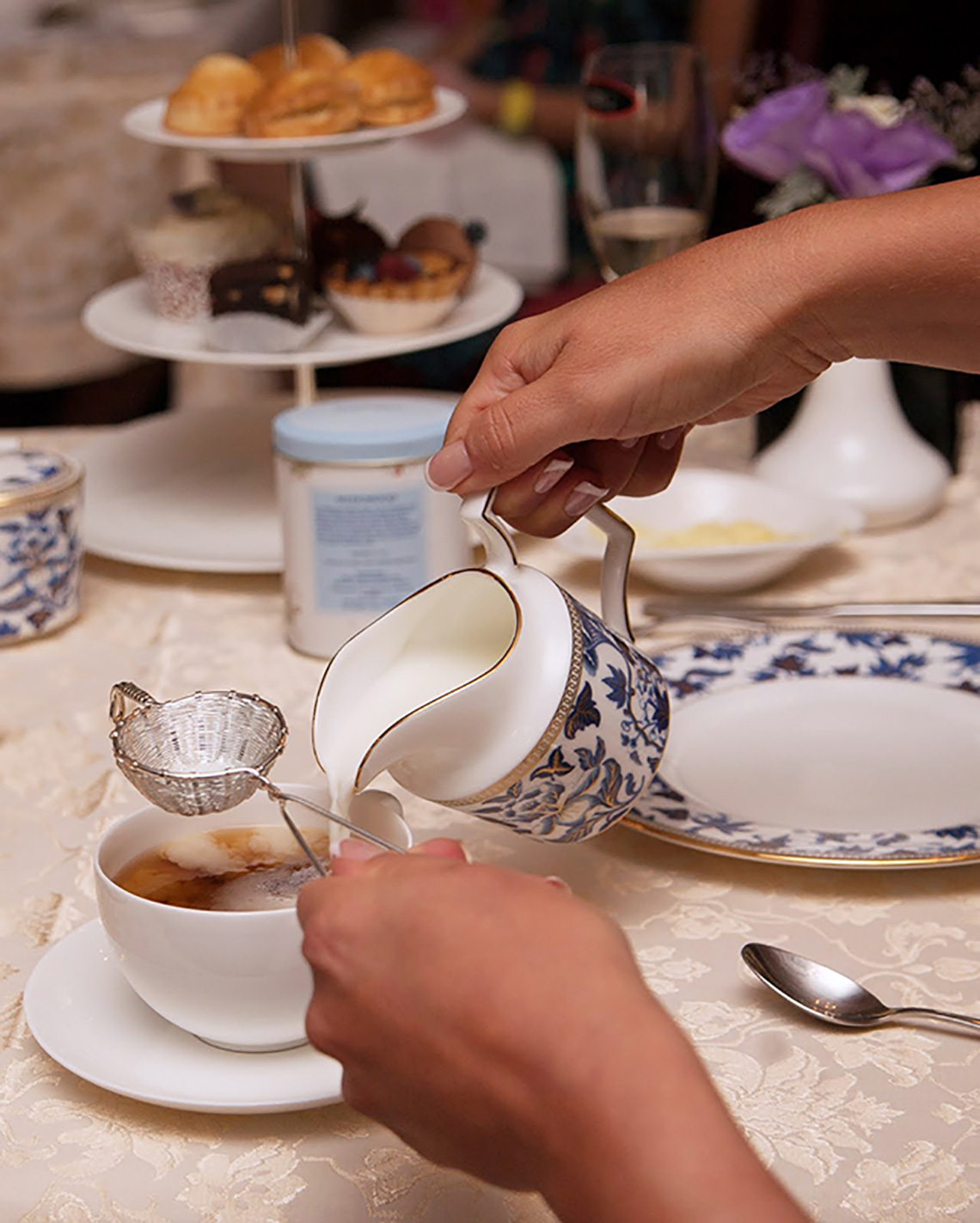 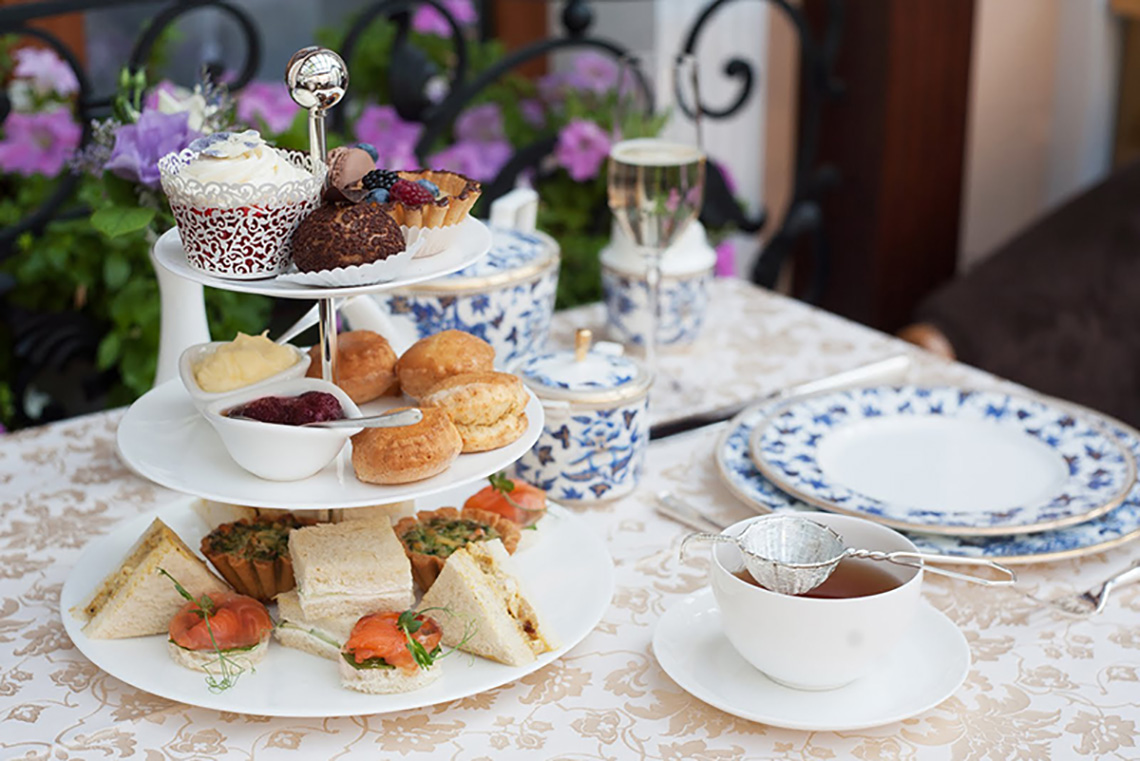 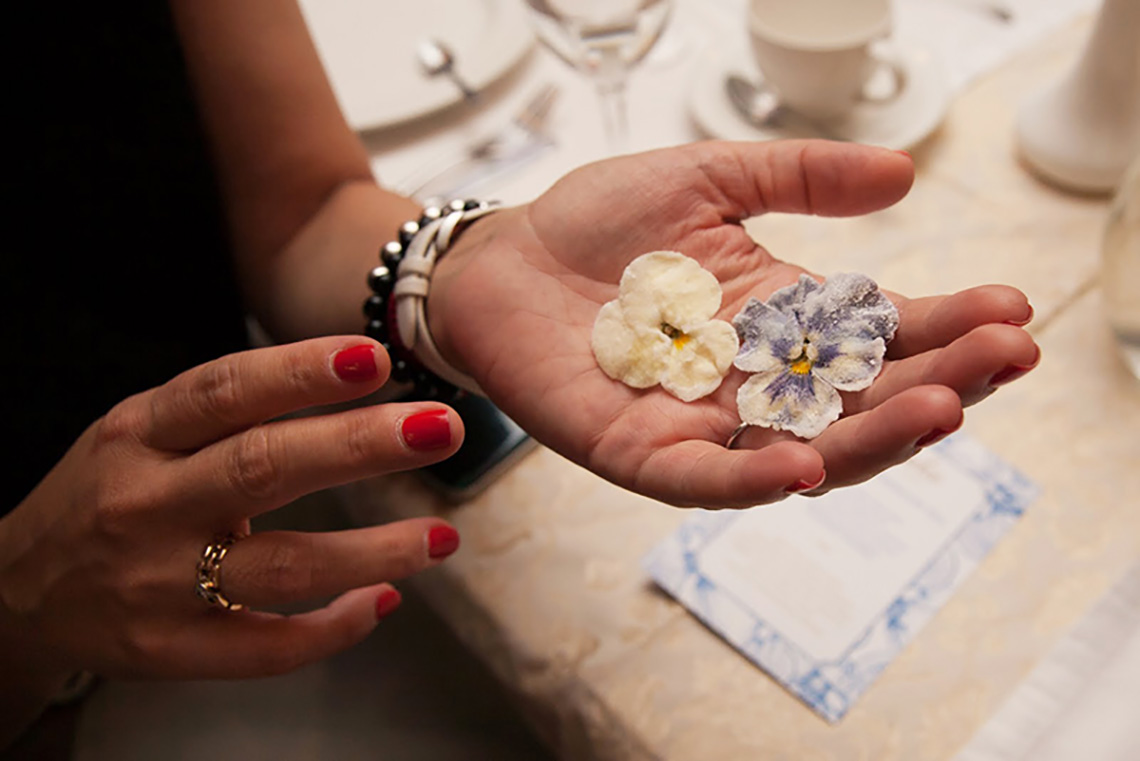 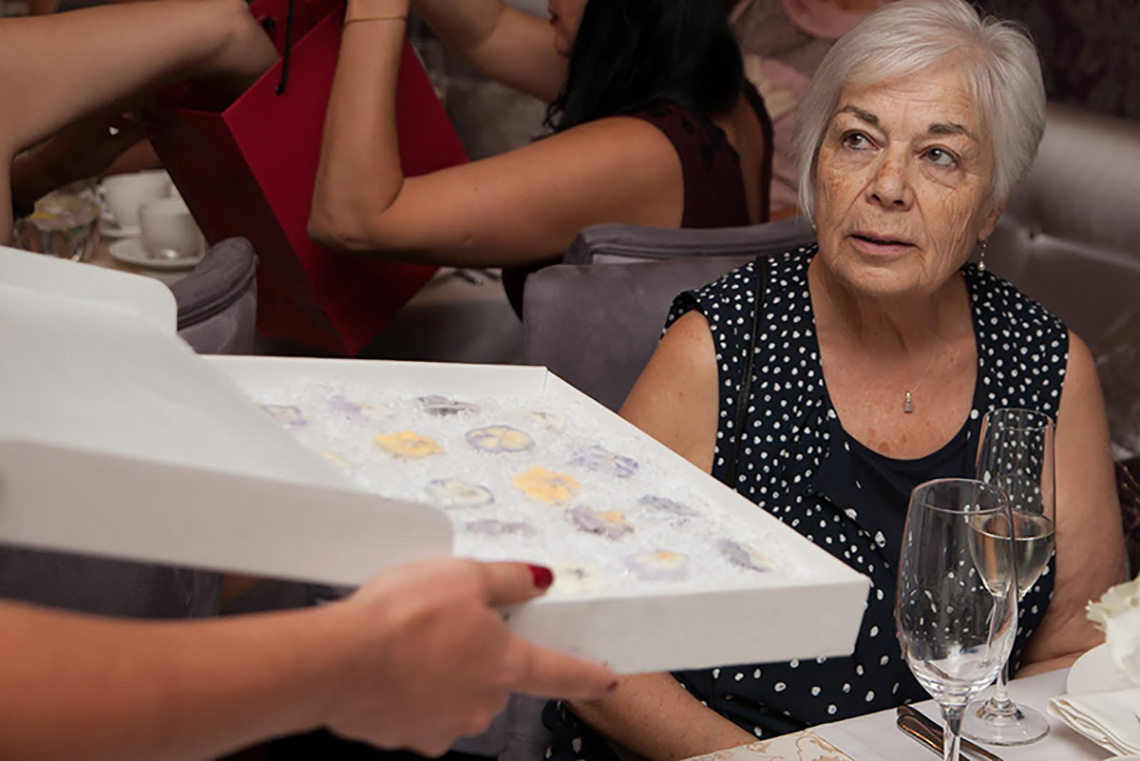 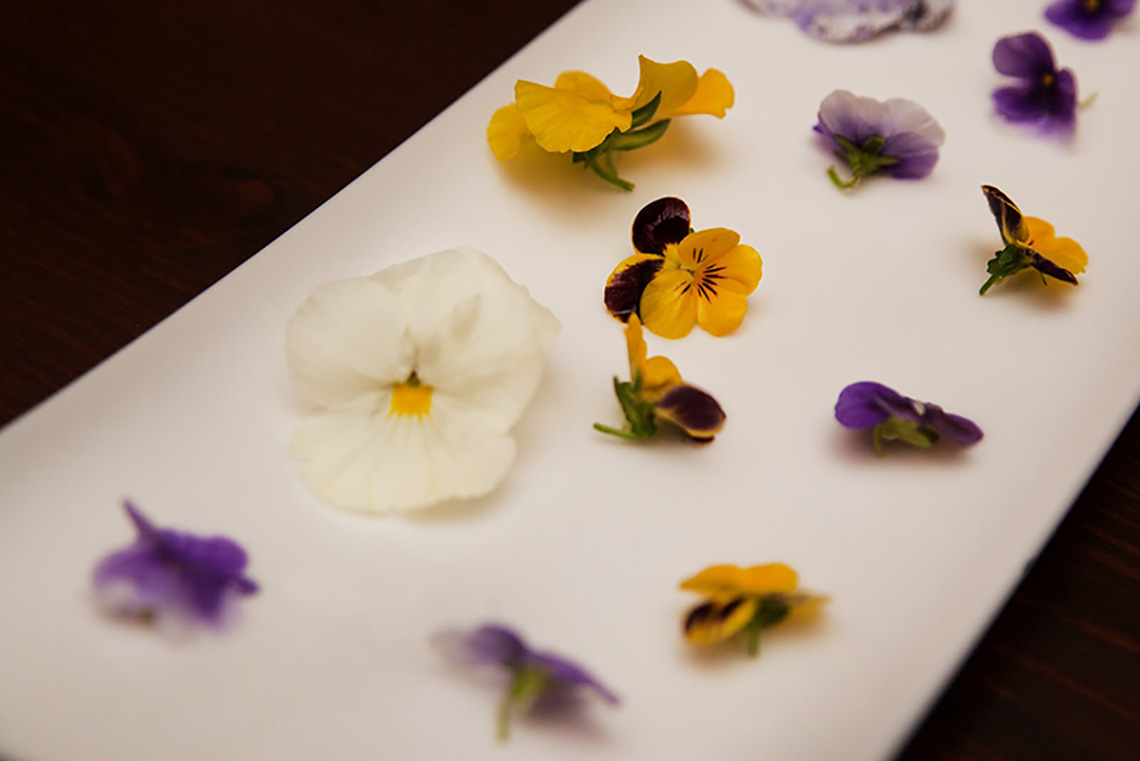 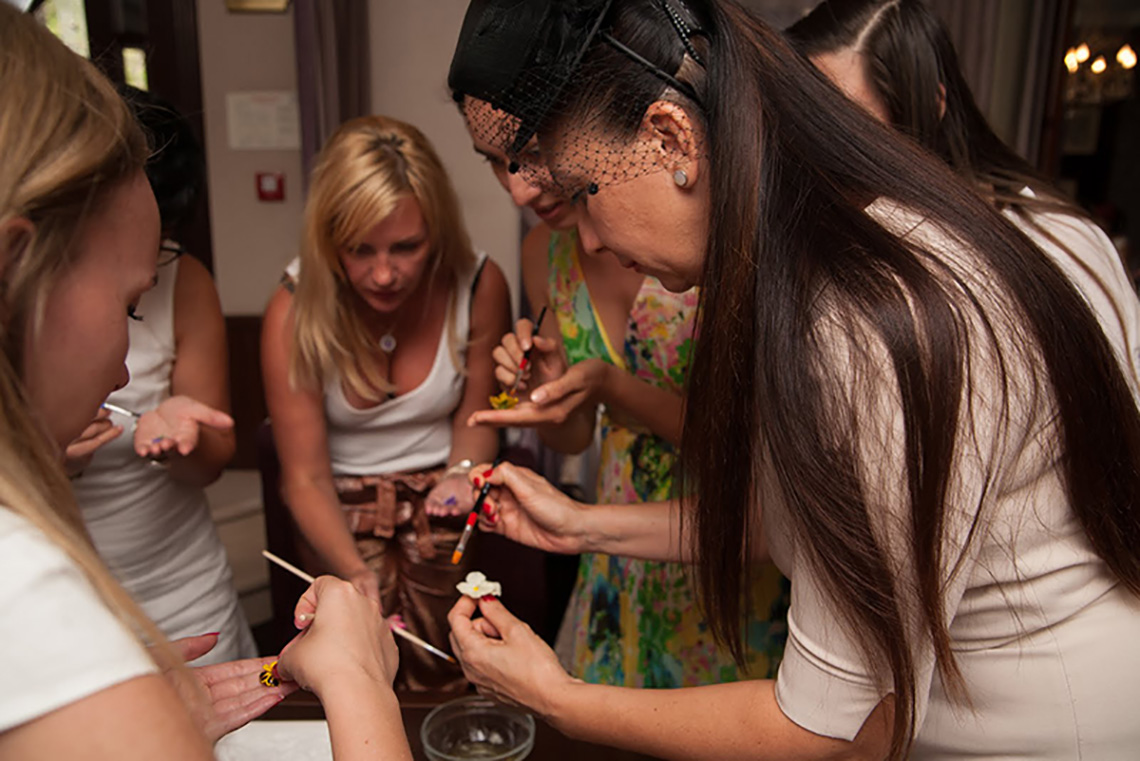 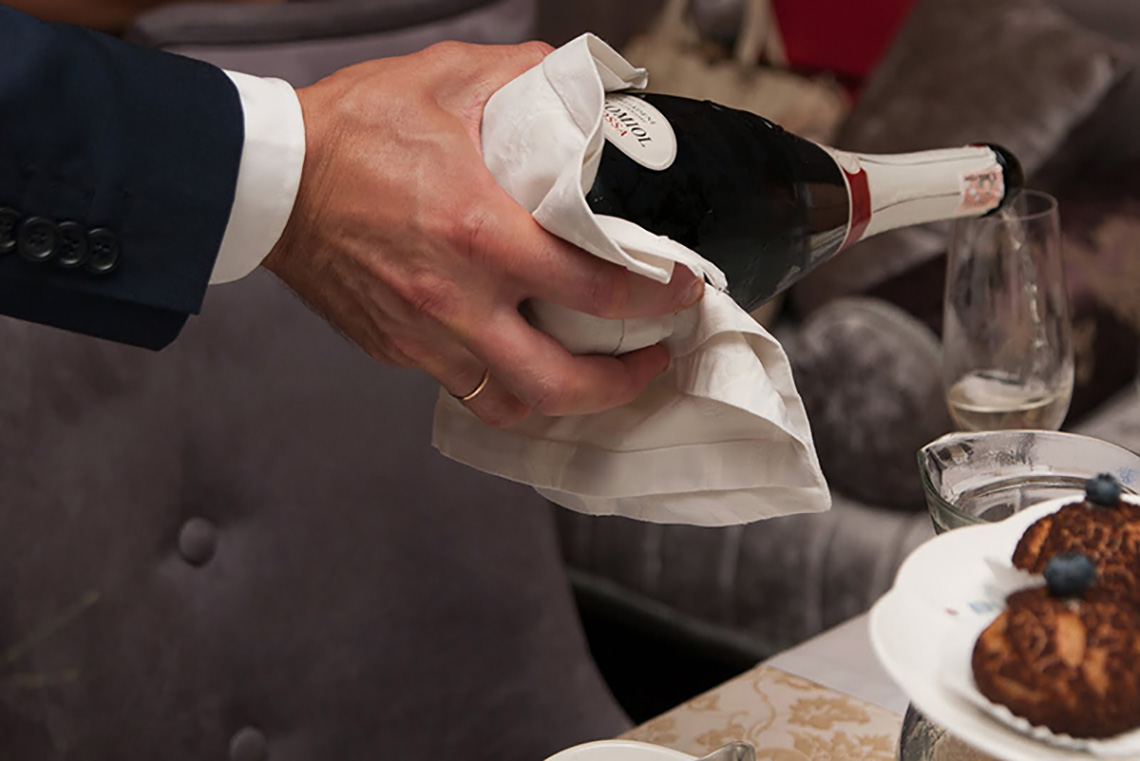 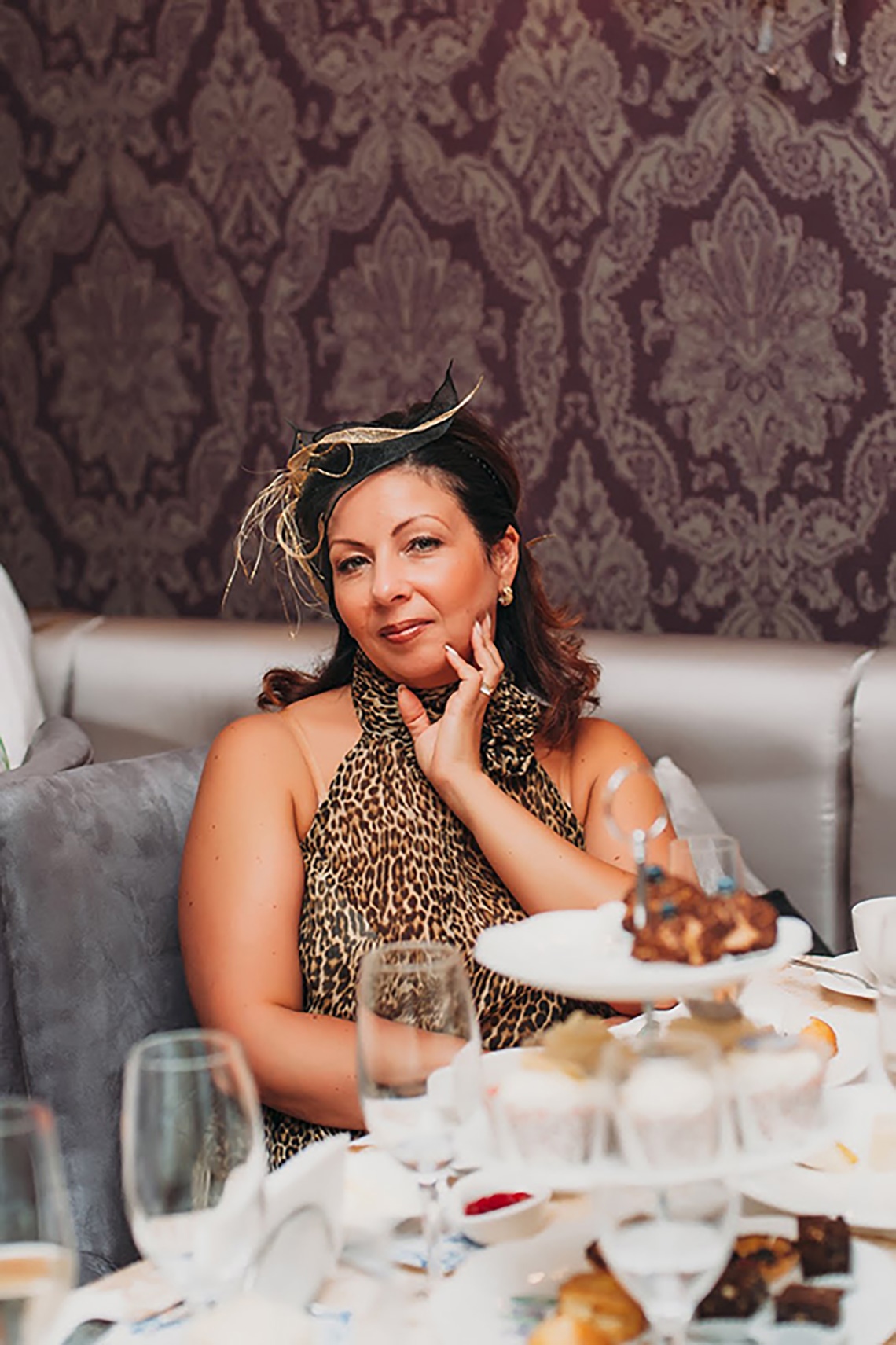 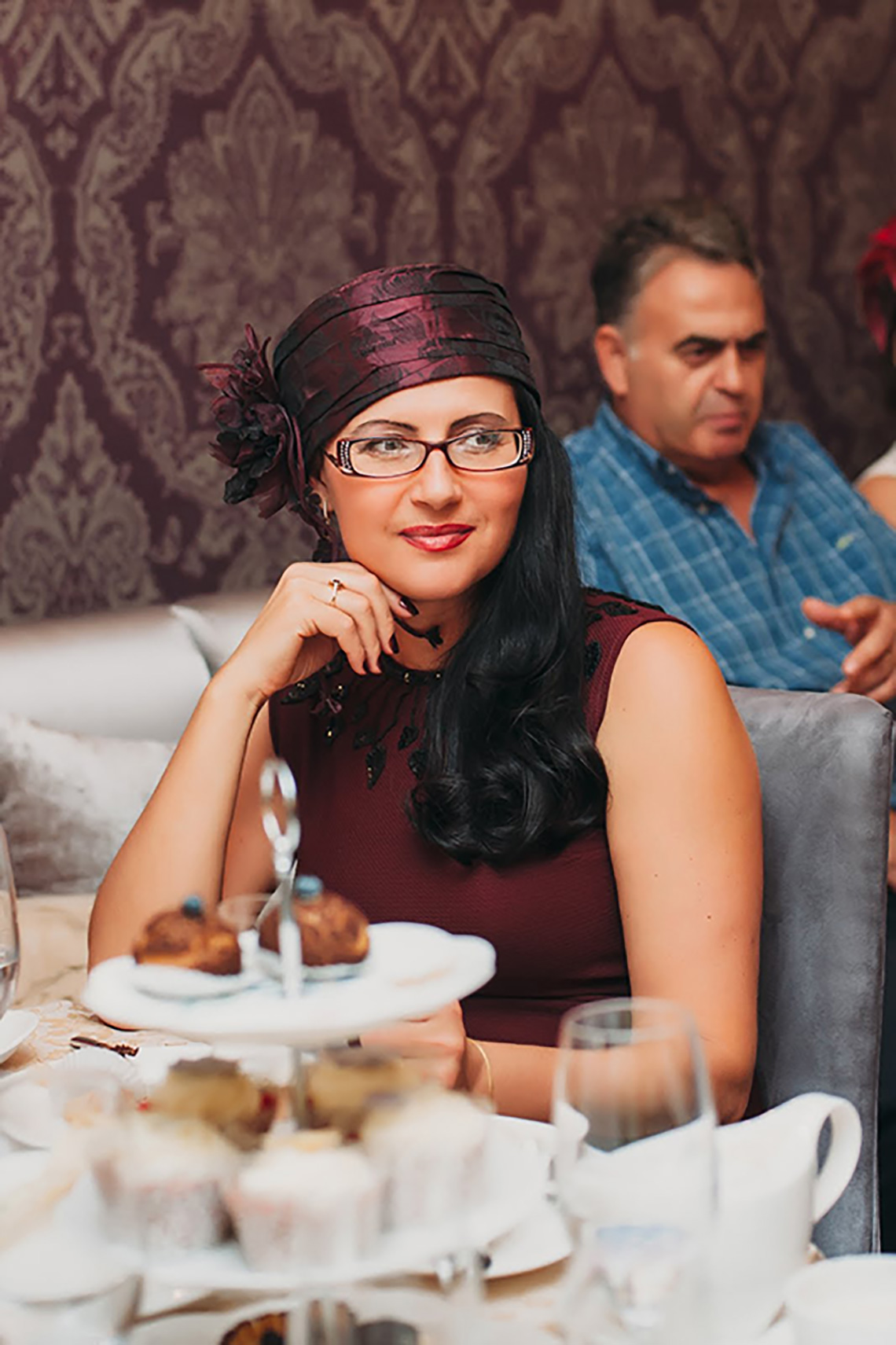 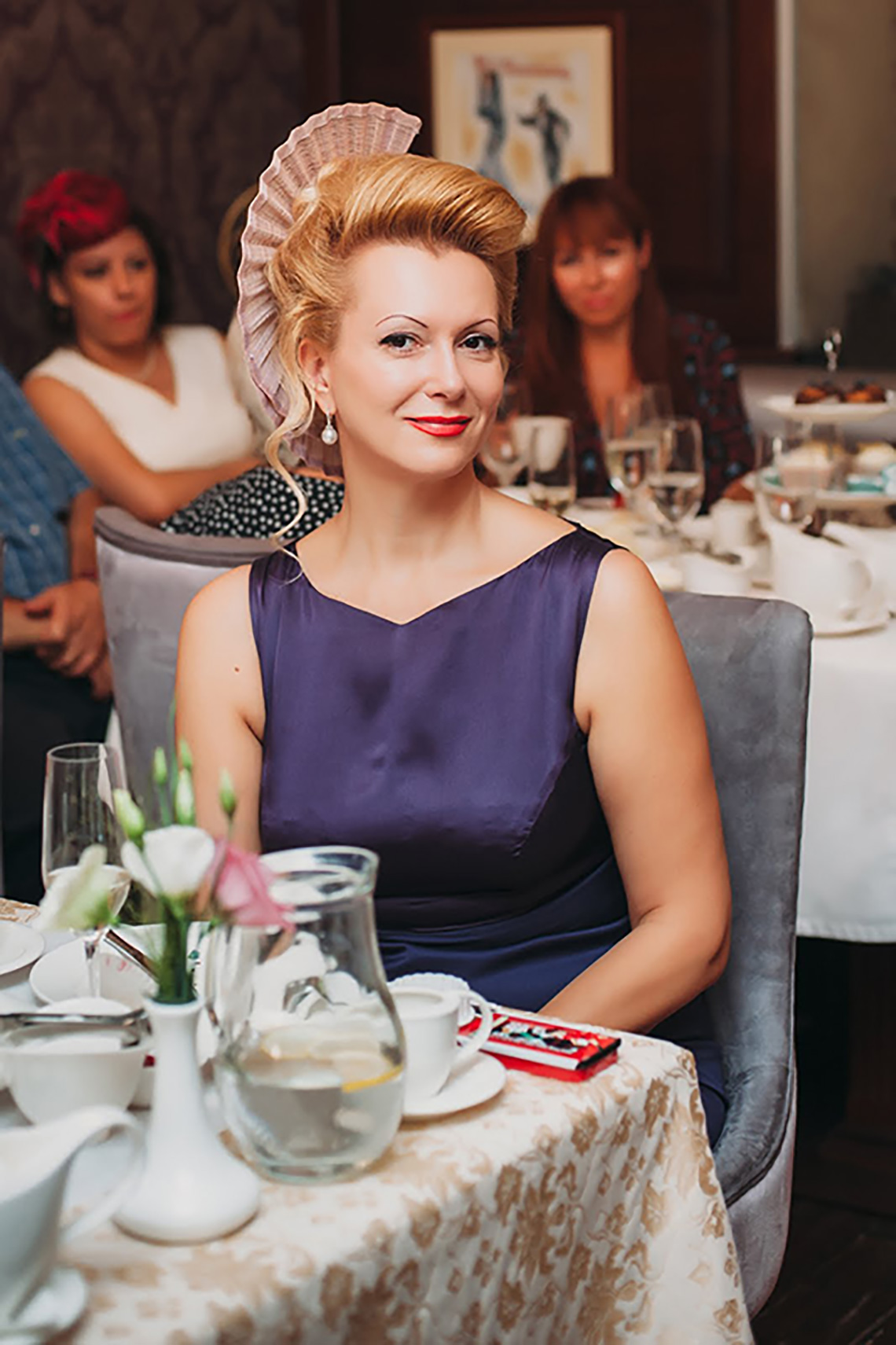 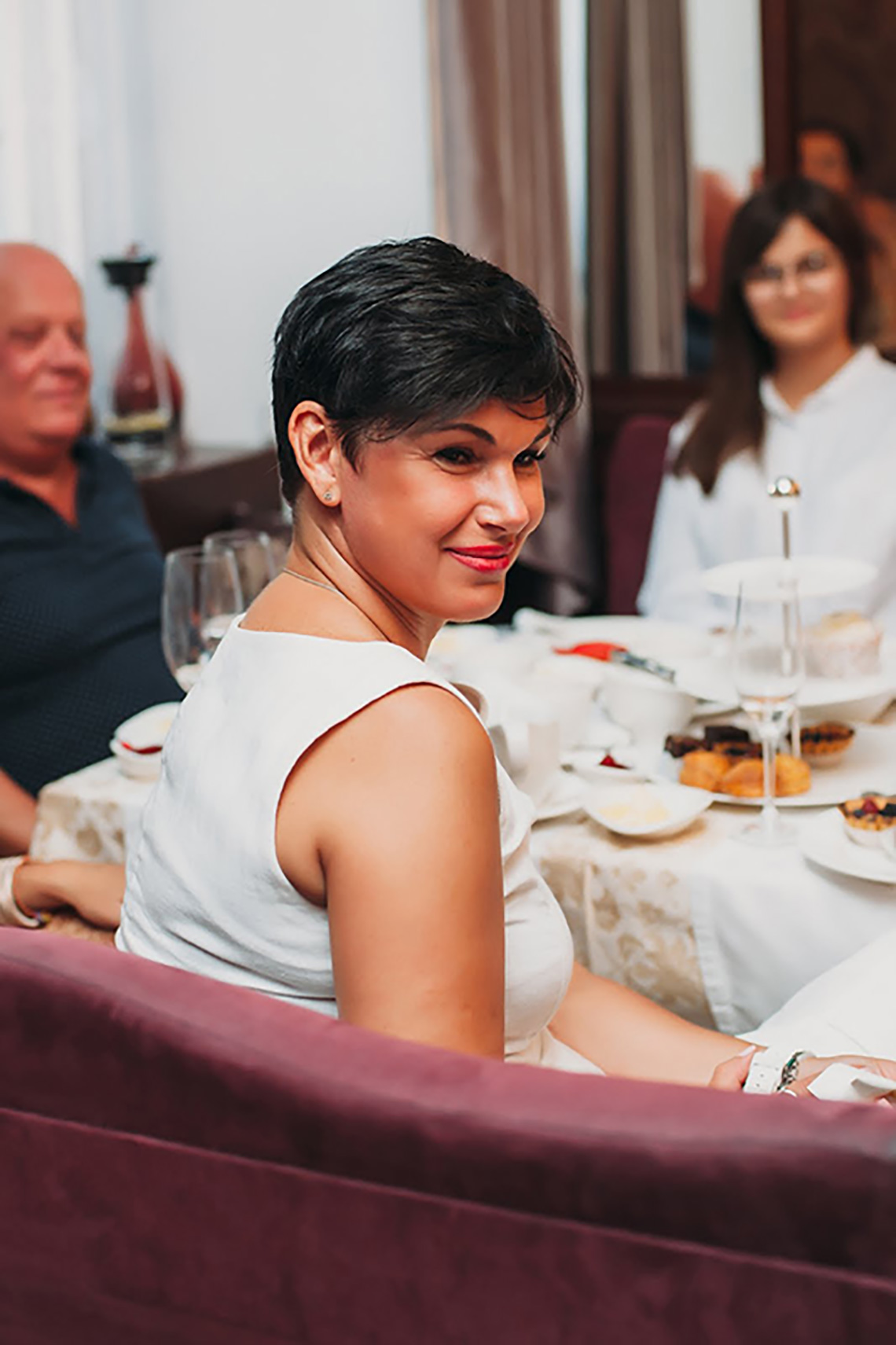 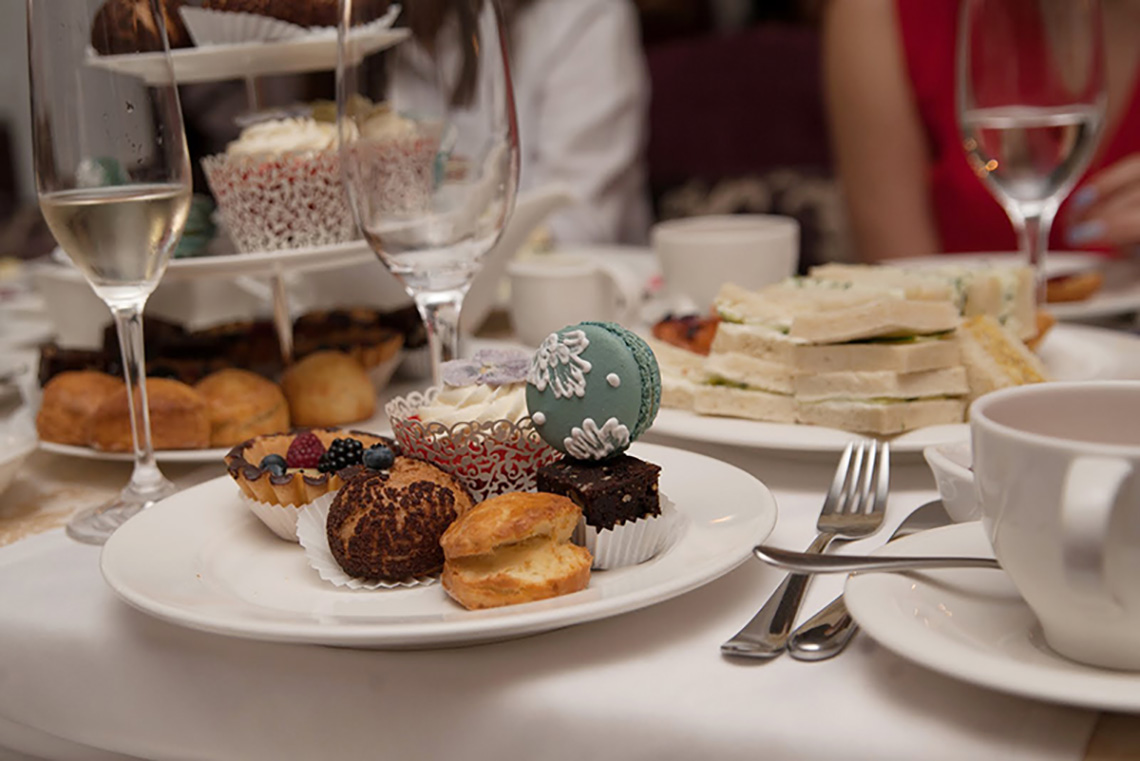 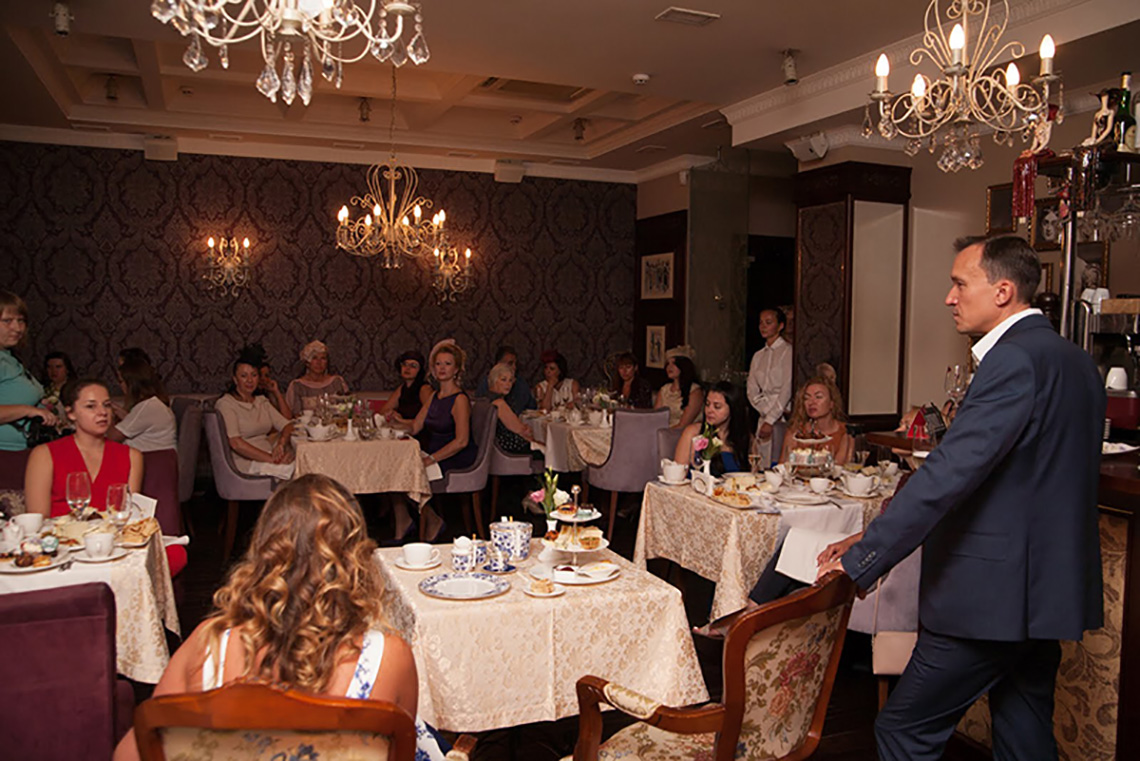 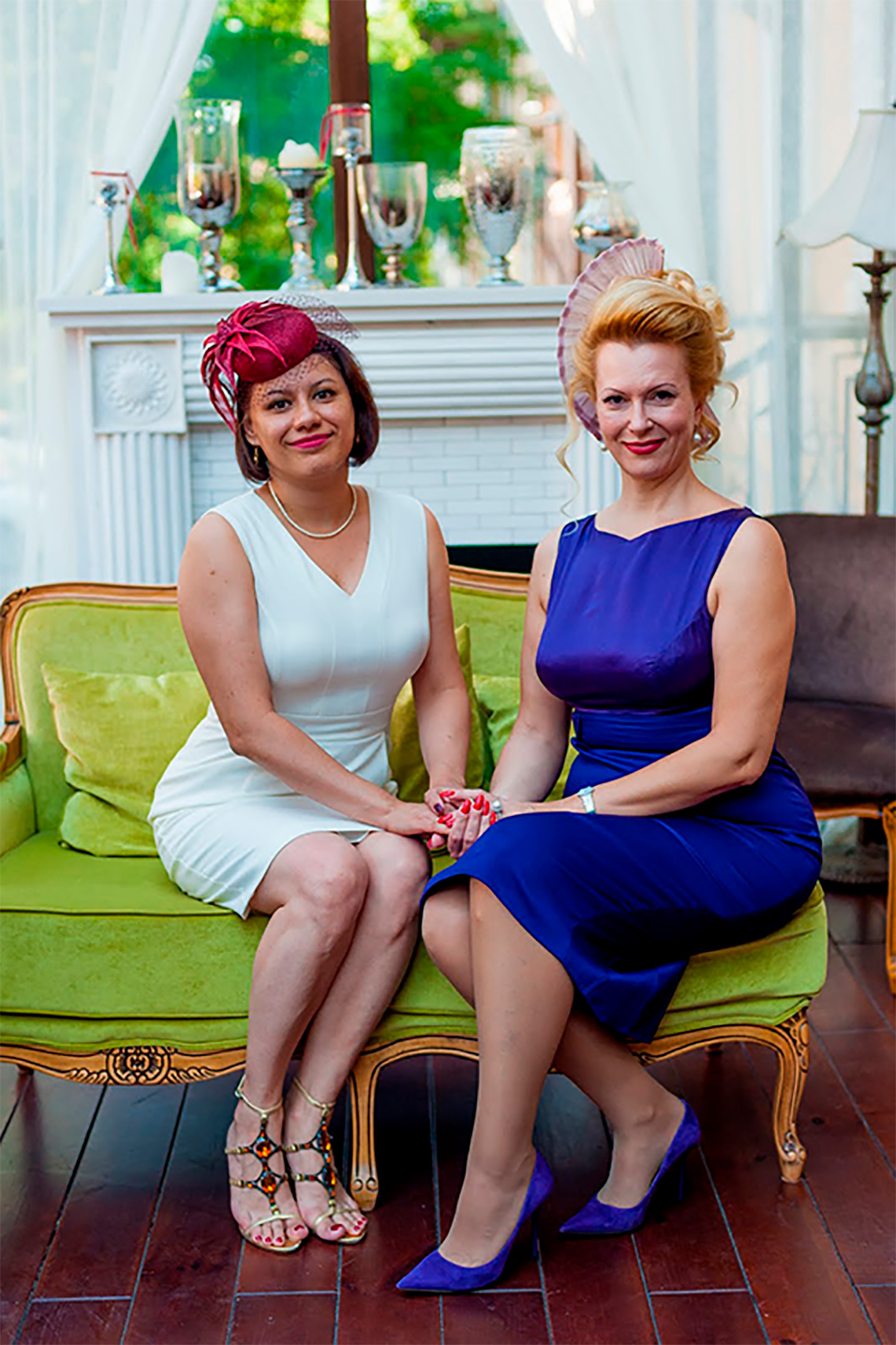 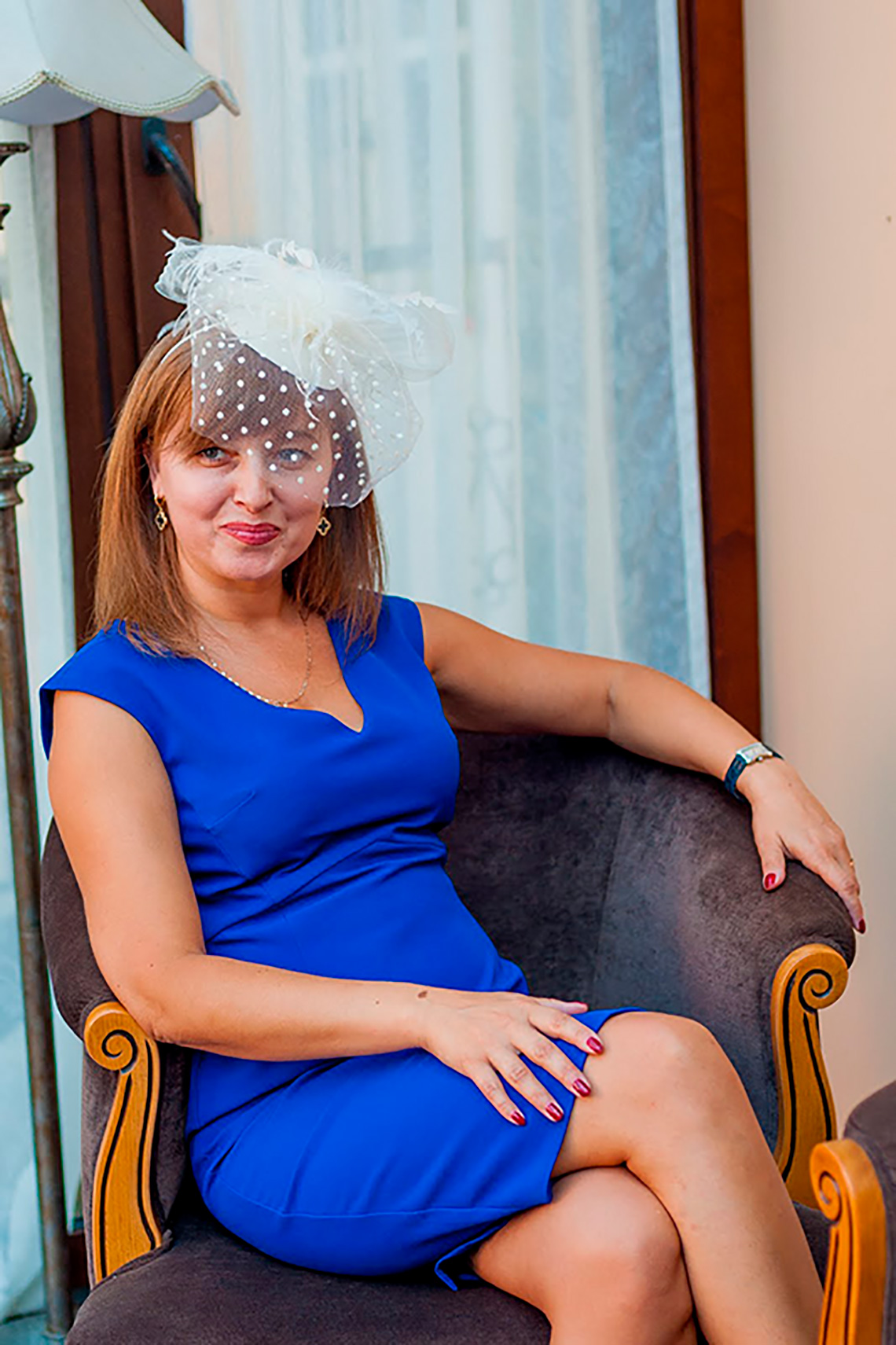 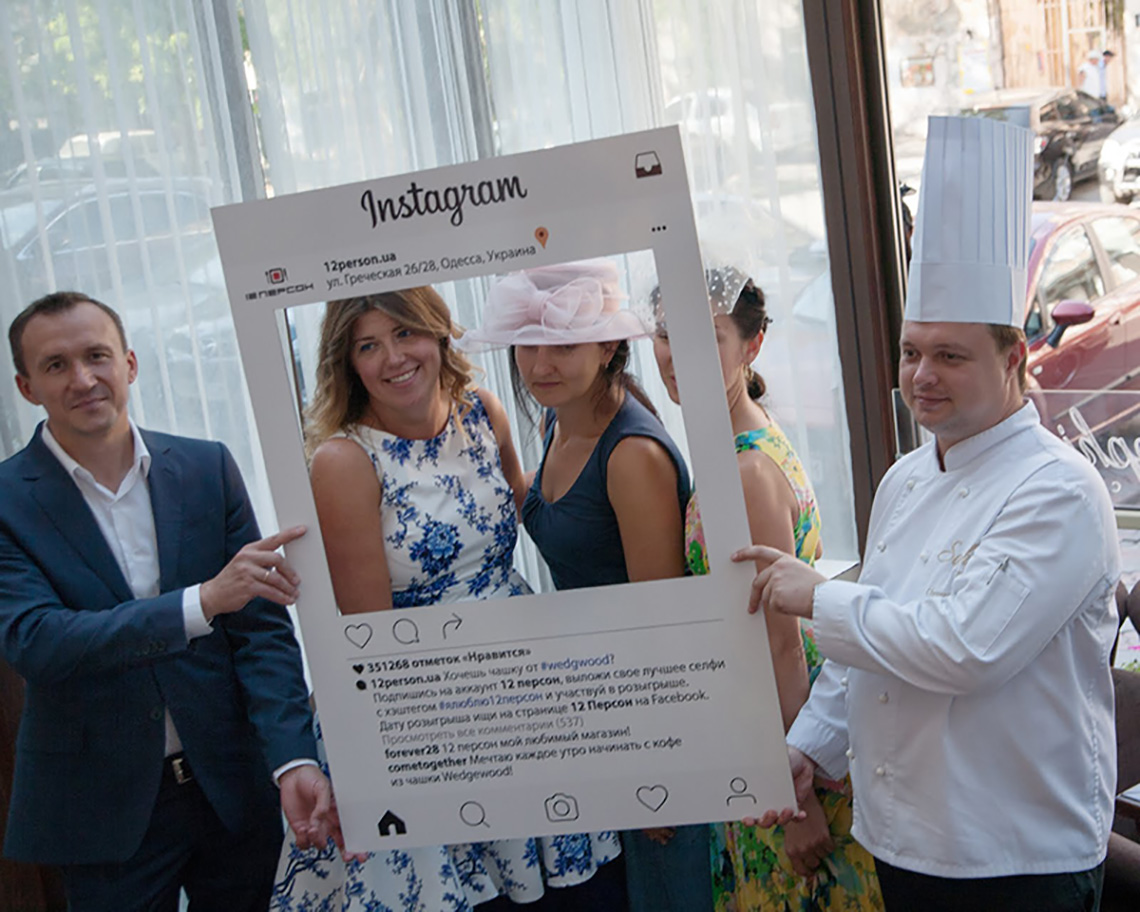 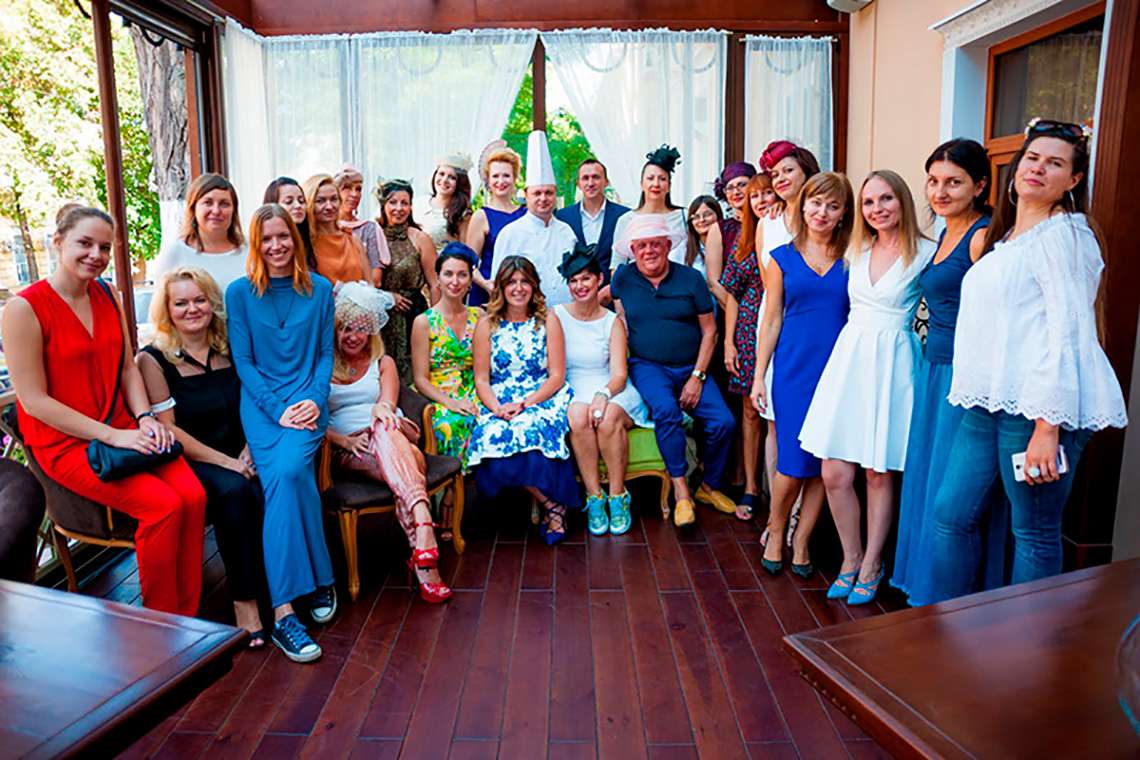 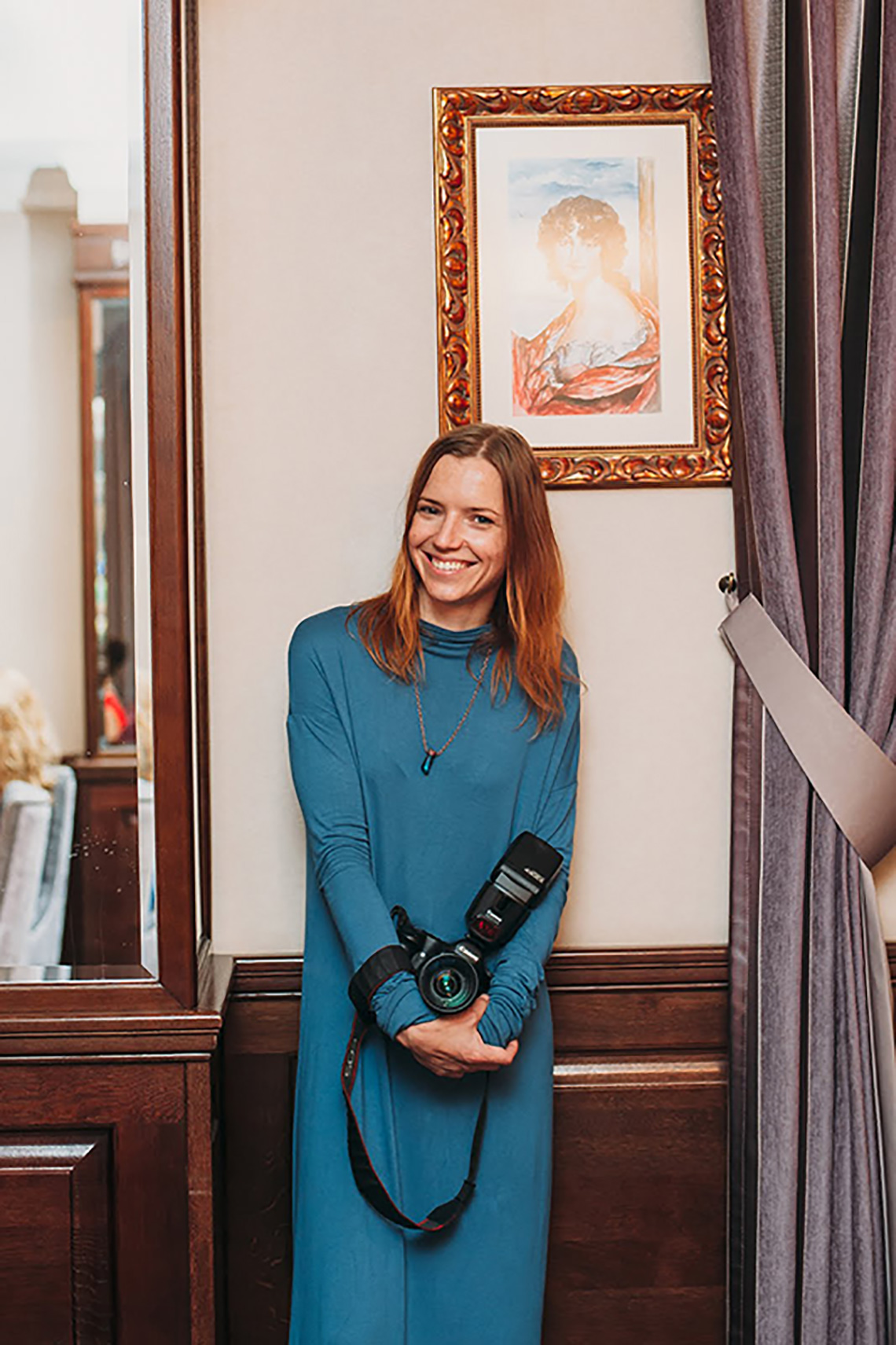